We left Georgia when I was still young. Because of the military I have lived all over the world, experienced other cultures, and learned in the process, how great America really is. Military is second to family and God for me. My father, Naval Officer Isaiah Clark, reminded us, “You know who you are.”

The military gave me the platform to become color blind in the USA. There were people, of course, that wanted to call me things I never identified with. I recall my mother saying, “Your daddy and I gave you a name and they are the ones with the problem if they are not smart enough to learn your name and dumb enough not to ask.” Having that strong family foundation empowered us to ignore any other name than the one we have been given by our parents. I was able to take that mindset to the University of Georgia, where I met my husband, and we, along with a few dozen black students raised banners boasting “To Hell With Dixie.” In 1970, there were 66 black students at UGA out of the 18,000 student body population. We became each other’s family. None of us were fearful at school because we had been admitted by our own merit. It was up to us to stay or leave.

Not every professor was ready for integration, so our academic adviser kept us abreast of which professors to avoid. We played spades with Stokely Carmichael when he came to Georgia to speak about Black Power. But ours was not a movement meant to separate people - we wanted to educate those who, through ignorance, saw us as inferior. We began thinking of ourselves as connected Americans, not just individuals. The message we wanted to communicate at UGA and every other place I have had the privilege to speak is that we are one people, united under the power of the Constitution. We might never have been able to integrate had the Constitution not been enforced. Those of us who have benefited from integration are now telling kids, “You can’t do this or do that because you’re black.” This is absolutely untrue, and my life is a testimony to that fact. 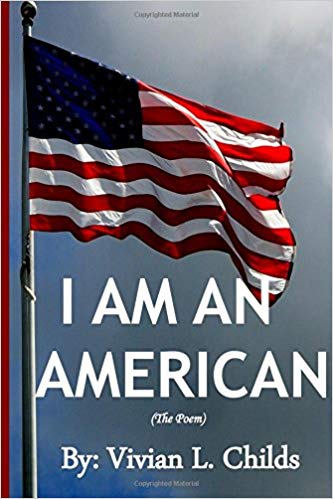 When we as citizens have questions or see disparages in our country, it is our civic duty to find answers that empower ourselves. You cannot believe everything you hear - I have been fighting the same battle since the first time I walked on the UGA campus. But today I fight a different kind of ignorance. We have grandparents raising children, parents on drugs or working double shifts trying to make ends meet, and young people with no direction in our communities. My father built us to rely on each other. Clinton said, it takes a village, but I say it takes a neighborhood.

That use to be the purpose of the church - to fill the gap left by the neighborhood or the family. We have to get back to that place because there are people out there being led by ignorance and it affects all of us. My heart is “I have, you need - I give.” That’s the way I was taught and I passed that along to my four children. It’s time we all start recognizing that we means you and me.

I spent 20 years on welfare. I had four children, in poverty. Now my seven grandchildren have something to strive for. “I can’t” - that’s hogwash. I am an American that happens to be black.

Americans need to look at each other as Americans, not as this or that. Blacks from other countries don’t call themselves Black-Cubans, or African-Colombians. It is only in America that we feel the need to self segregate...

My father said, "We are a part of a very unique and amazing country - you can be anyone you want to be.” These were the words he gave to all six of my siblings. We were part of a small community of black families in a hard working, middle class neighborhood. This was the sustaining foundation I took with me to college where I entered the Miss Delaware Pageant in 1974, and represented the state as the first black Miss Delaware at the Miss USA Pageant in 1976. It wasn’t until I received death threats …

The dictionary was my best friend when I first came to this country. The truth is that back home there seemed to be fewer options for me. People did what their parents did, so I went to school to be a teacher. But after my first year in the field I knew it was not for me. And there were no prospects for marriage at the time so I felt stuck…

People need to make a change in themselves, not relying on others to dictate change for them, but looking inward - when we realize a situation needs a change, take the time to show the next generation. Be the example.

I've been the black sheep in my family. There were opportunities gained and opportunities lost, but every morning we can choose to restart our lives no matter how bad the decisions were in the past. We can rebrand ourselves - and as Americans we can spread that message…

I was born to a Columbian-American mother and a Mexican father. They were young, and uneducated when they married but not too young to make sure that I had the best education available. That is something America gave my family. A free education. And with that one benefit I know my life can be anything I want it to be. Our homes in Mexico were larger than what we have here, but the things I take for granted: game systems, TV's, expensive shoes, all but make up for it. I was told that the gangs were the main reason my father's family moved to the States; looking for another option that did not involve bullets…

I try to walk away from it, but I can't turn it off - once I see an injustice, I must speak. One of the best things I've learned is to allow others to express ideas and their own opinions. To share ideas freely is one of the freedoms we enjoy here in America. I feel like I can speak to any individual faction (politically)…

There is an open secret in America. It is that our people are our greatest resource; with our entrepreneurial spirit, and dedication to freedom. Biology says we are all one race: Human. Geography doesn't change your biology - it might change the ethnicity you are born with, but it does not change your race. The Constitution is the great equalizer between people's ethnicities…

I think it is so different for me, this idea of America. I came here when I was 5. I am an American. My kids are American. But I am also a product of my home country. In my life today, my biggest problem is keeping my house clean. My husband and I have two young children. Chasing them around my home is an American dream come true. I could never have achieved the freedom to choose what I want to do in life, or where I want to live if my father had not run (through) the Romanian border to immigrate here…

I never considered myself Japanese-American. My dad was third generation. My grandparents wanted their kids to be American. I virtually had no Japanese heritage growing up. It wasn't until my senior year of high school when I was called to the office that I realized I was considered a minority…

Dedication pays off. That's my statement to anyone. Have heart. Stay focused. You can accomplish anything you want. I call myself the Mayor of everybody…

When I was growing up, my mother used to drive us to affluent neighborhoods to look at mansions. And she would say, “You can live there one day.” And at the end of that day we would drive back to the ghetto and stand in line for government cheese or go hungry, and deal with the lights being out trying to do homework with no school supplies…

Tradition plays into the American fabric. Benjamin Franklin reached out to each of our founding fathers, when they were writing the documents that this nation is built on. In their quiet reflection, those men began to understand that in order for freedom to truly reign in a country, people have to let love lead through listening. I worked my way through college. That was the beginning of my American dream - an education. But years later, I had a daughter who was born with genetic disorder…

I'm not going to sugar coat it - there is discrimination. Ethnic minorities have always found it difficult to fit into the mainstream, to belong, and to feel accepted. I have painful memories growing up with prejudice and racism. But these difficulties and memories do not stop me from loving America…

The Constitution is what makes America America. America keeps me employed. I travel and share experiences through music. Sometimes I think people just need to sit down…

I have lived a life doing my part. I never listened to the predetermined paths people tried to put me on. That allowed me to do my part. And that could have only happened in America…

Even though I grew up in a predominantly white neighborhood, there was never overt racism. It may have been there but it was behind closed doors. It never hindered my forward progress although it did bring up trust issues. But I think my experience wasn't what people think…

I took for granted a natural-born, diverse childhood. I never thought about prejudice, not even in the MLK times. We just understood that you could overcome obstacles with hard work. My grandparents were immigrants…

If you google Vietnamese boat people you might find my parents. In my internet millennial existence in America, there are few reminders of that time. The internet opened my mind to a world my parents couldn't imagine. But the new life my family found here enables me to be a part of something bigger…

I tend to see my life as a documentary, because as an American my culture has been shaped by the different movements that a hand full of people took action upon and decided to influence a cause for change. The repetitive pattern of change that can take place in America shifts thought, redirects greed, and creates situational dependencies that challenge you…

We were proud to be from where we were from. Nothing special. A working class town of blue collar families. That was my childhood. We did not expect anything to be handed to us. We expected to work. The decision of how hard or how long was up to each one of us. Up until about 6 months ago, I’m sure I’ve never worked less than four jobs for most of my life. I worked to pay for college and I’m still paying...

I think what we've done right far outweighs what we've done wrong. Sure there have been atrocities but there is no place in the world where you can go that there haven't been atrocities. I've seen that first hand growing up in the Civil Rights movement. I lived through the marches and the dogs and the water hoses. But everybody in the world hasn't tried to correct their mistakes…

I may not be the average immigrant. Back home I had more political influence, more high powered associations, more money to be blunt. But in my searching for the best place to raise my family, I found America to be the only place that stood out to be a proponent of the human condition...