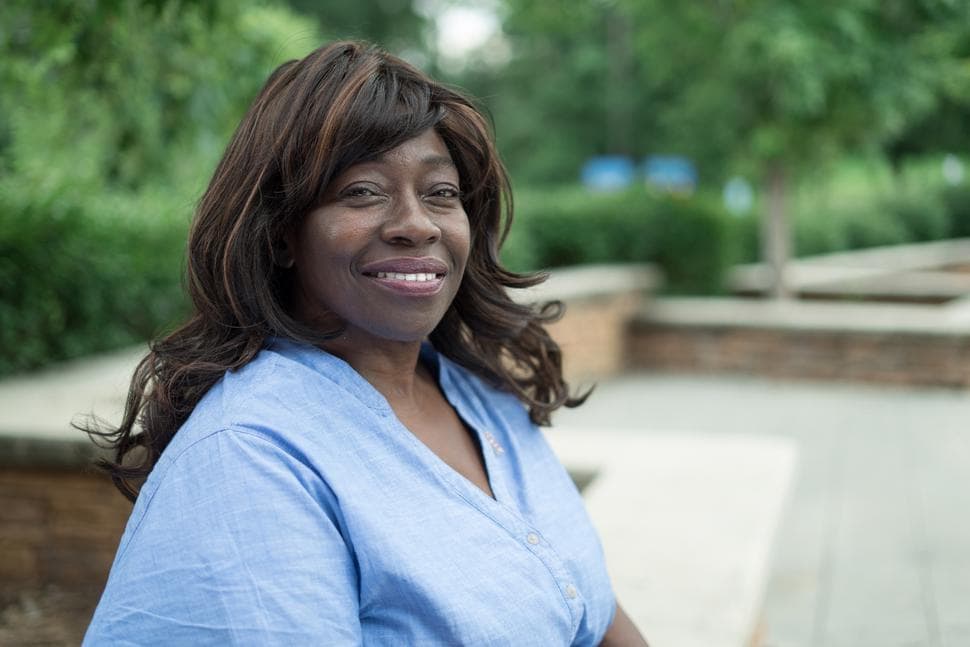 “I wouldn’t choose to live anywhere else in the world. The Constitution is a living document. It was meant to govern us and sometimes society has to catch up to it.”

Being born and raised in Atlanta was bitter sweet. I am the only child of my parents who never married. My father was my hero as he saved me from being aborted. My mother wanted to please my father, so here I am.

My days were filled with Catholic school and I’m glad that my mother made that choice for me. I would study piano and learn about the finer things in life from my mother. While I grew up in the projects of Atlanta, I never wanted for material things. Most kids walked to school, my mother sent me to school in a taxi because she nor my father drove and she didn’t want me to have to walk.

The Civil Rights Movement was something I heard about mostly on the news, however I did see the colored and white signs from time to time. I think my parents protected me from those harsh realities because I was never treated differently by her employers. They were white, but they became my extended family as well. The worst racism I ever experienced was from other blacks because my skin was very dark. Mom always told me that I could be and do whatever I wanted. That no one we better than anyone else. The pigment of my skin tone was never an issue at home, which kept me from bowing to the pressure I felt everywhere else. One of my teachers even advised my mother to bleach my skin to make me seem prettier. Despite that, Catholic school taught me that God created us equal and I believed that. The priest and nuns did a good job educating us. Most of my teachers where white before integrated schools became the law in the south which also gave me a more well rounded view of different people growing up.

I did go through a rebellious time when I was torn between Dr. King and Malcolm X teachings. However, it was a trip to Mexico that gave me my first real wake up call. I had never seen such poverty in my life. When I returned to States I wanted to kiss the ground, hug the flag, sing the National Anthem.The world is a very unsettling place because freedom is not available to most people. That is the main reason I love America. Freedom is an American trademark.

I wouldn’t choose to live anywhere else in the world. The Constitution is a living document. It was meant to govern us and sometimes society has to catch up to it. But in spite of America’s mistakes, I Choose to Love America. All we are and all we hope to be in the future is in us.